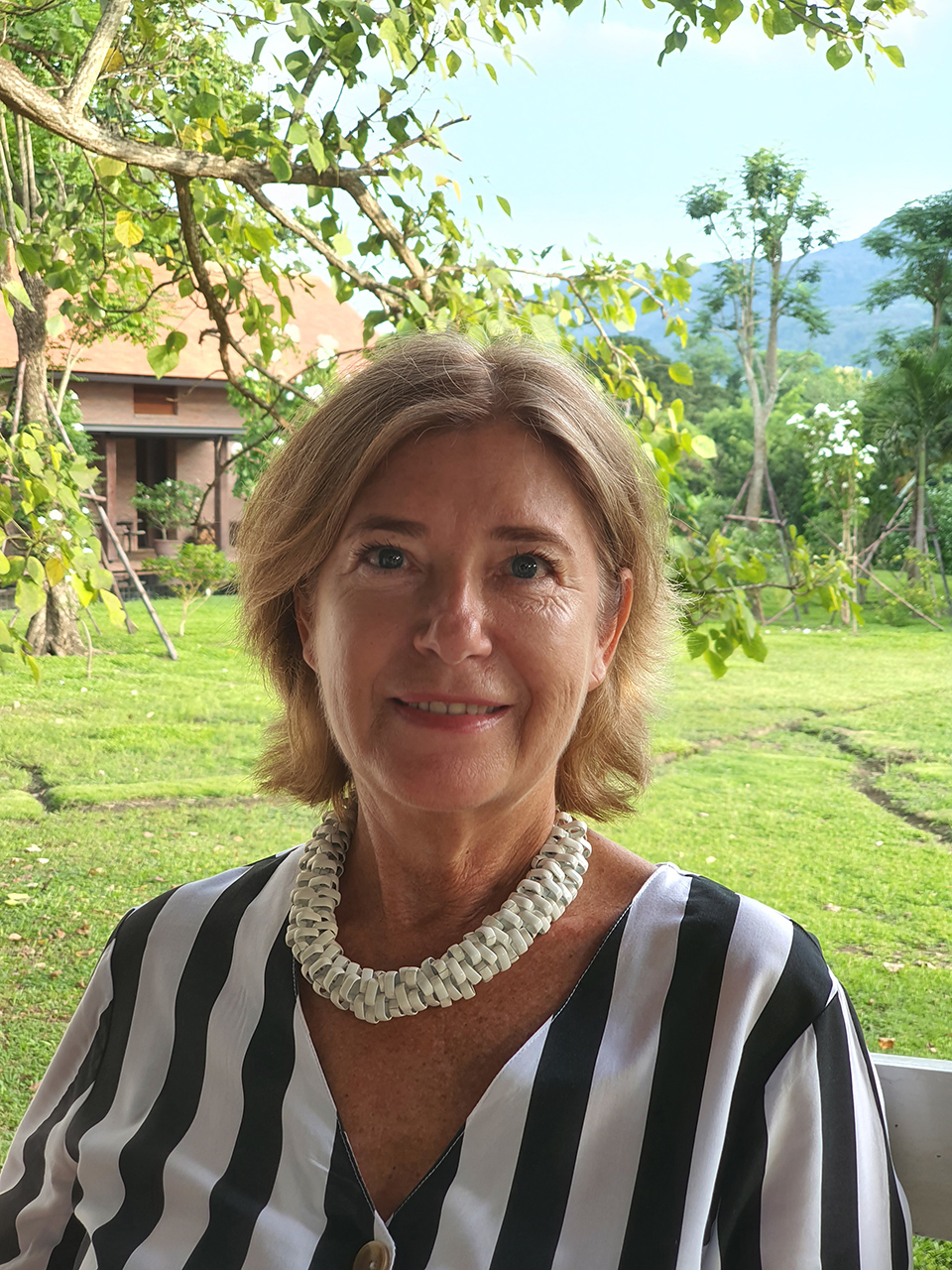 
As a Swiss expat for most of her life, Dominique Leutwiler grew up and worked all over the world. In 1984 she received her diploma from the Hotel and Tourism School in Chur, Switzerland. For many years she owned her own company in Switzerland, the US and Thailand distributing semiprecious stone fountains.

During her first stay in Thailand in 1979 she fell in love with the country and visited regularly until deciding to move to Chiang Mai in 2001. After a visit to the School for Life Chiang Mai in 2005 she became very involved with the project and subsequently managed the foundation until 2014. During that time the need for vocational education for underprivileged teenagers became a particular interest to her, and a very successful ‘Horse Groom’ program was the first vocational program she designed and organized. It was obvious that much more work could be done in this area.

The logical progression was to establish the Skills for Life Foundation in 2015 that seems the most practical way to ensure that the vocational training for underprivileged youth can be expanded and improved over the coming years.